Chrome Corp. is forum for all Counter Strike 1.6 modders and Skinners !

Model pack, should I release?

Model pack, should I release?

[You must be registered and logged in to see this link.]

I pretty much edited and made this, hope you like it. But it's not supposed to show off how beastly my gameplay is or anything, so don't hate. It is against mostly humans, though there are some level 100 podbots. If you see a famous name, it's most likely a bot.


Basically, this is in modeling because I'm wondering if you guys would want the models in this? I would probably release a couple more along with those like my MP5k model, my 74U, my FAMAS, my CSO K1A, and I think that's it.

I could also release a plugin pack with the hit marker, my starting classes plugin, prone plugin, throwing knives, CoD like nade and knife, my sniper enhancement plugin (basically lets you jumpshot) CSDM with preset settings for CoD like TDM (you win at a certain amount of kills), a couple maps, domination plugin (can't play with bots though), CTF plugin, and probably more I don't remember. This would be just a mod pack that enhances Wang's CSMW2. But if I release this, it'll take a lot of work to put together and shit. So watch and decide, I'll post a full game sometime as well to let you guys get more of a feel for how these mods are. But it takes fucking forever to render videos so...

Click to see SS of some models!:
[You must be registered and logged in to see this image.]

Those are a few such models.

Re: Model pack, should I release? 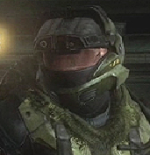